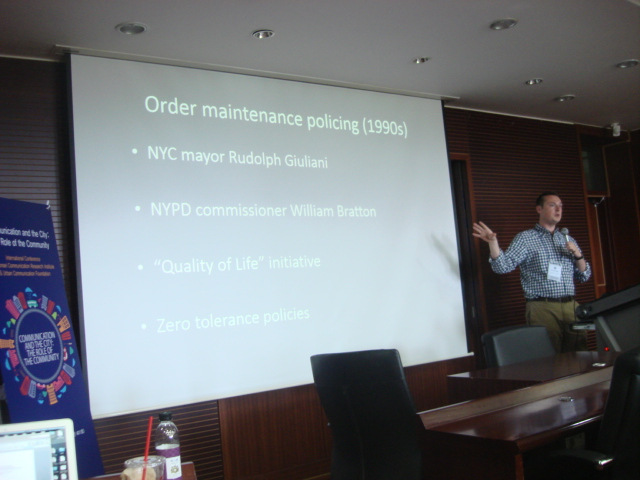 This past June I was in Seoul, South Korea for the Communication and the City conference. The event was held at Yonsei University and co-sponsored by the Yonsei Communication Research Institute and the Urban Communication Foundation. It was a truly international conference, with participants hailing from around the world. Speakers included academic researchers, architects, urban planners, and Seoul city officials.

Over two days presenters spoke about topics including risk factors facing urban populations, the role of storytelling and community media in neighborhood life, and the rise of the Asian megacity. I was particularly interested to learn more about the history of Seoul, and recent developments in its ongoing urbanization. This was my first visit to the South Korean capital, and I was overwhelmed by the scale and complexity of the sprawling metropolis. 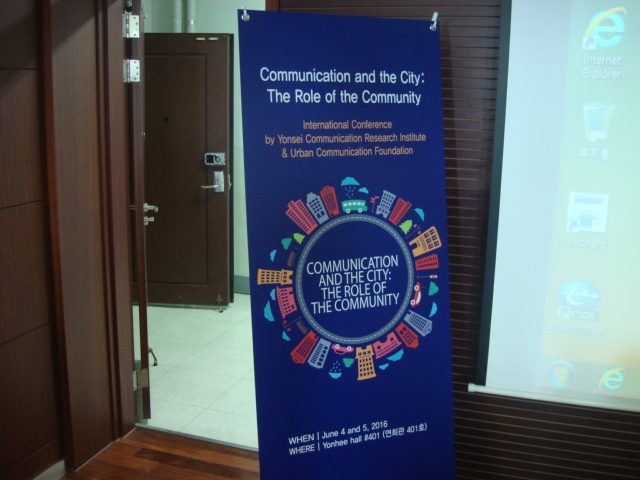 The recent history of Seoul’s development includes distinct periods of rapid modernization. One of these periods involved the demolition of traditional Korean homesteads and the displacement of residents from entire districts (this happened under the administration of a leader nicknamed “Mayor Bulldozer” by the locals). A second period is characterized by sustainability concerns, and is marked by the 1997 IMF economic crisis. In the wake of the economic crisis’ ramifications, Seoul continued to modernize and developed some of the most advanced transportation infrastructure in the world. The drive toward modernization and investment in dedicated “economic zones” has resulted in networked urban districts like Songdo City, sometimes called the first full fledged smart city (or “u-city,” with “u” designating ubiquitous computing infrastructure). In future posts I will share my thoughts and photos from my visit to Songdo, and some more thoughts on Seoul. 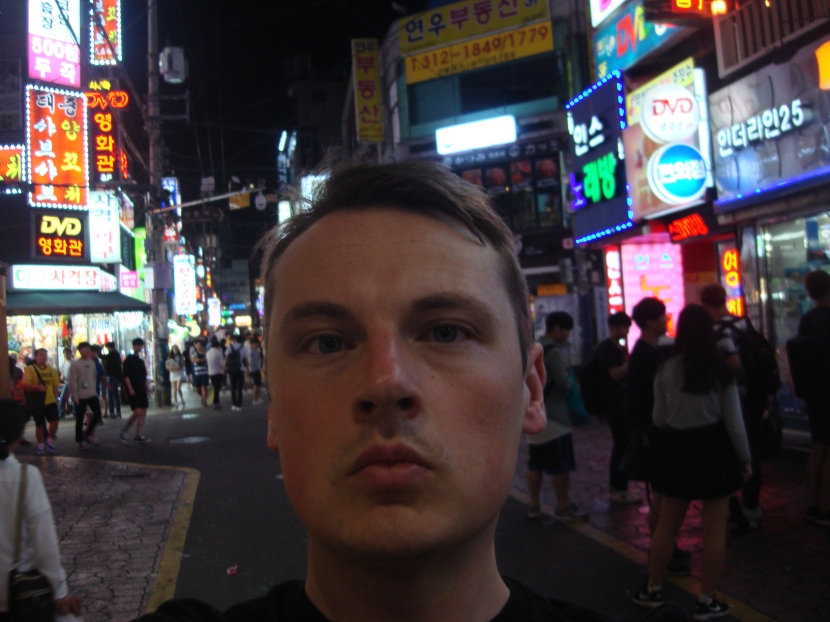