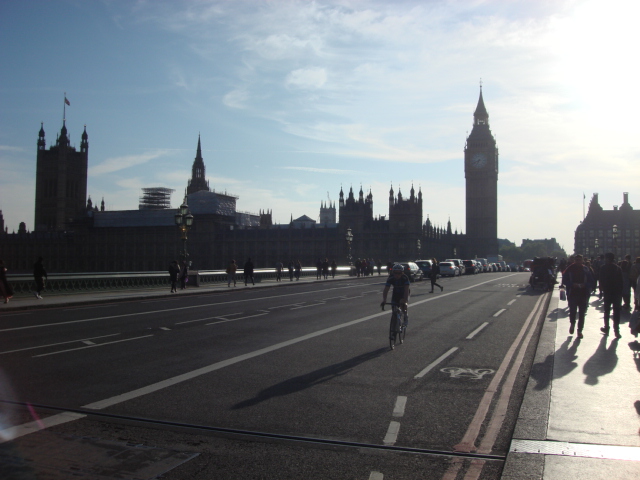 I’ve recently returned from London where I attended a workshop on Urban Change and Moving Images hosted by the Birkbeck Institute for the Moving Image. It was intellectually gratifying to engage with scholars of film, media, and cities over several days, as well as personally refreshing to indulge my lifelong passion for cinema. In addition to the screening sessions in the BIMI cinema, we also enjoyed multiple sojourns across the city to tour historic cinema sites and contemporary production locations. There was also a “mediated city” walking tour, particularly relevant to my research interests, that highlighted various media and communication infrastructure embedded in the urban environment. I relished the opportunity to discuss film and visual culture with scholars and colleagues, and also to share perspectives on urban change and space/place between London and Pittsburgh.

One of the Pitt film students presented on skating spaces in Philadelphia and London, so after the workshop the doctoral students made a pilgrimage to the Southbank skateboard mecca. The Southbank skate park is notable for its decades-long history as part of London’s urban fabric, as a locus for urban art forms, and also as an example of successful opposition to redevelopment. In 2013 the Long Live Southbank coalition successfully prevented a redesign that would’ve removed the extant skating space. It’s a rare example of anti-redevelopment victory (similar campaigns against the redevelopment of Love plaza in Philly were not successful), and raises significant questions about the various factors affecting such movements in cities around the world. The iconic 5 Pointz mural space in Queens possessed at least as much claim to cultural and historic significance as Southbank, yet these claims were challenged in court and ultimately the space was demolished.

It was a great trip and a much needed rejuvenating jolt of creative energy as I begin working on my dissertation project in earnest. The only downside is that I’ve had to reevaluate and overhaul my current research projects in light of the insightful feedback and innovative scholarship offered during the workshop. In addition to critical theories of film and visual culture my major takeaways from the event included ways of historicizing and theorizing media infrastructure in urban space, perspectives on the role of film in mediating experiences of space and place, and new (to me, at least) models of participatory research praxis. It can be tough coming back to Pittsburgh after spending some time in a such a rich and endlessly fascinating city as London, yet trips like these are a reminder of the global flows and phenomenons of development that can be seen manifesting in cities around the world, and a realization of the fecund opportunities for research and exploration waiting to be actualized. And, of course, it’s always good to come home.