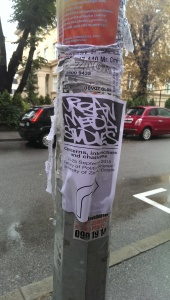 On September 24th and 25th, I was on hand for the Urban Media Studies conference, hosted at the University of Zagreb’s Faculty of Political Science. The conference was organized by members of the ECREA temporary working group on media and the city. It was a thoroughly international event, with participants from across Europe and the United States, as well as Russia, Japan, and Brazil. It was also interdisciplinary, with various academic fields represented by scholars from communication, sociology, geography, and other faculties. In addition to academics, the participants also included artists, policy makers, and urban planners. 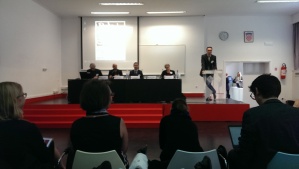 A key concept that I noticed appearing in several presentations is that of assemblages. Presenters spoke of ecologies and assemblages for staging mobilities, sites such as airports as assemblages of digital interfaces, and cities as communicative figurations involving constellations of actors and practices. 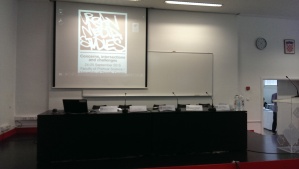 Another recurring theme was visibility. Many participants highlighted the often imperceptible functioning of digital technologies. While they may not rely on the visible infrastructure of previous technology, these media regulate bodies in material ways, often establishing and enforcing otherwise unmarked borders. In his keynote address on staging mobilities, Ole Jensen stated that technologies must become visible to the community in order for them to realize them as a field for action. 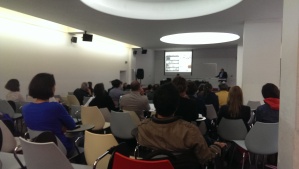 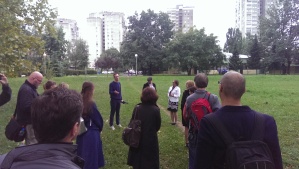 The conference program included an optional excursion to tour some of the housing developments built during Croatia’s socialist period. I was impressed with beauty of central and historic Zagreb, so this excursion provided a fascinating view of parts of the city not normally visited by tourists (nor, as I learned, by locals). 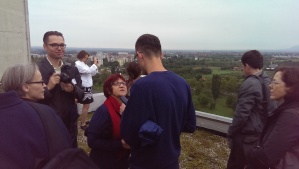 Our tour went not only around the socialist housing blocks, but also to the top of one. Despite the hazy and overcast weather, we had a spectacular view of Zagreb, the surrounding area, and into Slovenia. It was a wonderful addition to the program, and a personal conference highlight. 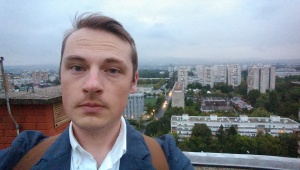