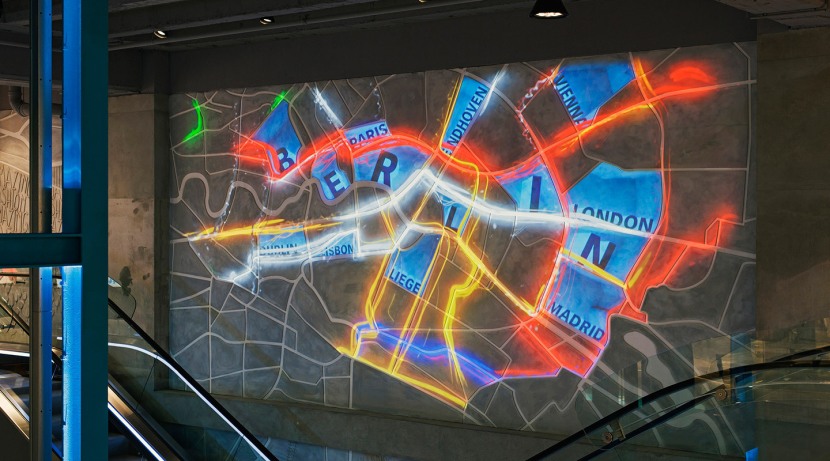 A metropolis needs 4 – 5 million people to be “somebody” on the world stage, Tryding admits, and Copenhagen is the only city in the region whose name has international recognition. Many southern Swedes already treat Copenhagen as their cultural capital, he says, with all the attractions of a big city that is much more accessible than Stockholm. “At least we have the ‘greater’ part of Greater Copenhagen,” he consoles himself. “Without us they are only Copenhagen.”

Sweden’s main business newspaper, Dagens Industri, recently came out in support of the rebranding, noting southern Sweden’s economic weakness and declaring that Copenhagen could become “Skåne’s bridge to the world”. But it also struck a note of caution about the potential loss of regional identity.

It’s not clear that the Twin Cities and our hinterland are struggling because of our attachment to the boring Midwest and our reputation as the American manifestation of Hoth. […] Of course, the problem here is that we’re dealing with a counterfactual. If Minneapolis-Saint Paul had a stronger identity, would we see the results in a better economy?

But in another sense, it would be a missed opportunity to think of North as simply a marketing campaign. North could (should) be as much about placemaking as place branding. This may be a chance to set the course of the region in a deliberate way. The recent media coverage illustrates these dual objectives, because both Brinkley and Martucci capture important parts of what North is about. The aim is to reinvent the image of our cities and our region—and reinvent the cities and the region themselves.

That’s a problem in an increasingly globalized economy and mobile society when investment, jobs, and young people have more opportunities than ever to roam the world. It’s tough for towns to thrive if people everywhere else think they’re frozen, lonesome tundras where everyone hibernates 3-5 months a year.

And this problem is becoming more acute as the Millennial Generation begins to take over from the Baby Boomers, who are retiring in droves. The Millennials are the first generation that reports they will choose a good place over a good job.

The Danish architect Jan Gehl, a worldwide authority on how to enliven cities by building great public spaces, notes, “Cultures and climates differ all over the world, but people are the same. They will gather in public if you give them a good place to do it.”

Nextdoor has slowly built a network of more than 53,000 microcommunities across the United States, all based on local neighborhood boundaries. Nextdoor restricts communication to only those people who live close to one another; users are required to verify their identity and home address upon signing up.

Nextdoor also works with about 650 local government agencies that can send out citywide alerts on things like utility shutdowns in specific areas, crime alerts or emergency-preparedness tips.

Front Porch Forum, a hyper-local social-media platform, is operating in 200 towns in Vermont, says founder Michael Wood-Lewis of Burlington. About a third of the residents in each of these communities are using the system, he said.

The forum serves as a place for people to share information, plan neighborhood gatherings, promote local businesses and connect with their neighbors.  But Wood-Lewis says there’s another benefit.

“There’s a somewhat hidden effect that turns out to be the most powerful: over time, people start to feel different about their community.  They start to feel more connected to their neighborhoods and in the loop about what’s going on.”

Dalziel + Pow have moved the play of light onto a physical map where they experiment with different narratives using the terrain of Berlin to abstract and segment their sense of movement. I like the idea that with this being an indoor permanent installation the growth and development of the narratives can evolve and change from the projection mapping unlike many projection mapping spectacles that are single events. It is exciting from a data visualisation point of view to see how they could experiment with this, ‘expect to see dynamic data and live online feeds added in the near future.’ (Dalziel and Pow, 2015).

Dynamic data could be live narratives from geotextual tweets, visual iconography of weather, real time data of subway, air or live visuals with imagery of scenery, architecture that are geotagged within the framed boundaries of the physical map then abstracting into their segments in a realtime collaborative cartophoto-montage.

To think that such a great city as London can be reduced to lines, points and colours is disconcerting, though look a little harder and you soon realise that for many Londoners this is London. Harry Beck, the Tube map’s architect, immortalised an icon below ground to rival those above, whilst the tube would go on to shape the suburbs that define the city as the vast, sprawling entity standing today.

I soon realised that Beck’s map was not only a tool which would enable me to navigate my way around the city, but a gateway to what could turn out to be some interesting experiences, a bit of fun, and who knew what else? Here are a few of those journeys.

Constantly evolving technologies like geographic information systems (GIS) are enabling both city planners and law enforcement agencies to better protect citizens. GIS is a powerful data collection and mapping program that allows users to visually represent and analyze detailed information. It has a wide range of applications, and has often been used to map crime in efforts to help law enforcement effectively utilize limited resources.

By combining different datasets into layers of map data, it is possible to overlay various kinds of information and reach surprising conclusions. For instance, by adding incident data from police records, it is possible to determine where and when certain types of crimes are occurring most frequently, and to respond accordingly. Doing so helps to make public transport both more efficient and safe.

Artist Jennifer Maravillas has been wandering around Brooklyn collecting trash from every neighborhood block. The result of all this litter-picking is a map of the borough made from all of the collected rubbish, called 71 Square Miles.

The finished 10 x 10 foot trash map of Brooklyn is on display at BRIC Arts until September 6th. However, if you can’t make it to BRIC Arts, you can still explore the artwork on this Mapbox map. You can even search the map by address, so if you live in Brooklyn you can zoom in on the trash that was found nearest your home.